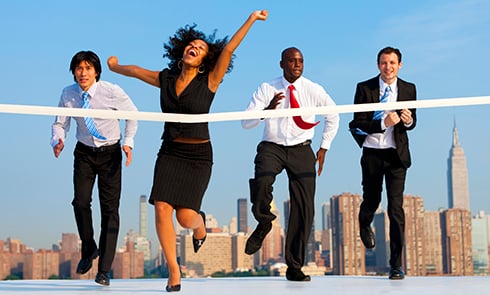 Bill Watch is a service of the IndyBar Legislative Committee. During each week of the legislative session, the IndyBar will distribute an updated report, through the support of Faegre Drinker Biddle & Reath LLP, to its members indicating the progress and recent actions taken on the bills being monitored by the association.

April 23, 2021
This was the last week of the legislative session. It was a busy session with over one hundred bills passing through the complete legislative process. Yesterday afternoon the budget bill, HB 1001, was passed with overwhelming bipartisan support in both chambers before they adjourned.

Though the legislature has adjourned for the spring, they will be back later this fall to work on redistricting once census data is available.

April 16, 2021
This week saw the third reading deadlines pass for both chambers as well as the first full week of conference committee hearings. Approximately 33 bills were heard in committee with more to come next week. Next week, we anticipate session ending the early on Wednesday April 21st as sine die.

Bills whose amendments received a concurrence vote will proceed to the Governor for final action. Click here to view a report on the Governor's actions.

April 9, 2021
This week was the final week of committee meetings for legislators as the end of session rapidly approaches. Twenty-eight bills were heard in committee, and many more are advancing through second and third readings.

Next week signifies the beginning of Death Watch, as bills whose amendments are not agreeable to both chambers are either assigned to conference committees for final discussion or cease to advance any further. Bills whose amendments received a concurrence vote will proceed to the Governor for final action. A report of the actions taken by the Governor can be found here.

April 2, 2021
We’re one week closer to the adjusted ending to the 2021 legislative session. The new deadlines are as follows: CR deadline for House Bills is April 8th, second reading deadline is April 12th, and Sine Die is the week after, April 21st. Click here to view bills that have either been received by or acted upon by Governor Eric Holcomb.

March 26, 2021
Another week at the statehouse has passed with legislators keeping an eye on the upcoming adjusted deadlines. As of March 23rd, all deadlines have been shifted up one week due to an announcement from House Speaker Todd Huston. The new second reading deadline is April 12th while Sine Die is now April 21st. The full adjusted calendar can be found here.

This week we saw a total of 49 bills heard in committee. Next week, there are roughly 45 bills scheduled to be heard in committees. We anticipate this fast pace to continue for the remainder of session, especially with the adjusted schedule.

March 19, 2021
It has been a busy week at the Statehouse as legislators move to advance legislation before the 2nd reading deadline of April 19. This week we saw a total of 47 bills heard in committee. Additionally, between the two chambers a total of 34 bills passed 2nd reading and 36 passed 3rd reading. Next week, there are 54 bills scheduled to be heard in committees. We anticipate this fast pace to continue for the remainder of session.

March 5, 2021
This week, after the third reading deadline and bill exchange, each chamber began the legislative process all over again with the bills passed from the opposite chamber. Many of those bills passed first reading and were assigned to committee, for a total of 23 bills heard in committee.

Next week, a total of 61 bills are scheduled to be heard in committee. We expect this busy pace to continue as the session end approaches.

Feb. 26, 2021
Tuesday marked the half-way point for the 2021 Indiana General Assembly session. Earlier this week, the legislators headed back to their districts for the short break that spans the end of this week and weekend. Next Monday, they will return as the bills that passed on third reading switch chambers to begin the process all over again in the new chamber. The next major deadline will be April 19, the House’s deadline for third reading of Senate bills in the House. The Senate’s deadline on this matter is the next day, Tuesday, April 20.

In the first half of session 1,025 bills were filed by both chambers and many of them have officially died with this past week. Your custom report will automatically exclude these dead bills and therefore will have less legislation going into the future. Committees are scheduled to start again on Monday, March 1.

Feb. 19, 2021
It has been a busy week at the Statehouse as legislators prepare for the mid-session exchange of bills. Both chambers convened often this week to take action on legislation, with a total of 74 bills passing third reading. Both chambers will convene on Monday, February 22 for further action before the third reading deadline.

After the deadlines pass early next week, there will be a break from committees as the passed bills begin working through the legislative process outside their chamber of origin. Committee meetings will resume the following week.

Feb. 12, 2021
The legislators were busy this week as they progressed towards the midpoint of session. This week 31 bills passed in the House and 29 passed in the Senate. Both chambers have convened as a body more often than the adjusted COVID schedule initially predicted.

The number of bills exchanged between the Chambers increased this week and many of the priority bills are on track to reach the Governor’s desk soon. As of this morning, 52 bills are scheduled to be heard in committee next week.

There are two weeks remaining until the third reading deadlines. As such, we expect to see a great deal of movement in committees and in session. As of this morning, there are 120 bills scheduled to be heard this week.

Jan. 29, 2021
After a week away from the Statehouse, legislators returned eager to make progress. It has been busy week with many committees advancing bills to second reading. Approximately 117 bills were heard in committee this week. We expect to see a lot of movement during the next few weeks as the deadlines for second and third reading are approaching. Six bills have already passed third reading and garnered sponsors and co-sponsors to be heard in the other chamber ahead of time.

Next week’s committee schedule shows 57 bills to be heard in the House and 31 in the Senate, though more may still be added.

Jan. 22, 2021
It was a quiet week at the Statehouse due to Governor’s closure of the government complex and the cancellation of all legislative activity. We expect to see far more movement on legislation next week as bills are heard in committee and on second reading. As of this morning, there are 34 committee meetings scheduled next week with over 100 bills to be discussed.

Jan. 15, 2021
The General Assembly progressed into its second full week, adapting nicely to new policies related to COVID-19. We have passed the bill filing deadline for both chambers. The Senate’s deadline was last week and the House’s was Monday. Next up is the committee assignment deadline for each chamber- the Senate’s is tomorrow, January 15th, and the House’s is next Thursday (10 days after any bill was filed).

As of today, a total of 20 bills have been passed by committees in the House and Senate combined.

There are 59 bills that are scheduled to be heard in committee meetings next week, in, 30 in the house and 25 in the Senate. Many bills will enter 2nd reading, increasing the current count of 20, and amendments should start picking up as well.