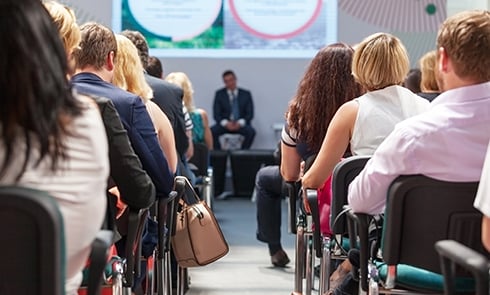 Get the scoop from the Statehouse AND join us in recognizing the legislators that were instrumental in the passage of the Marion County merit selection bill in 2017. Keep an eye on this page for updates on date, time and location of the luncheon.

This annual seminar serves up a spirited discussion by lawyer-legislators from the Indiana General Assembly, including a dialogue on pending legislation.

Lawyer-Legislators expected to attend include:

2018: The Year of the Short Session and the Distinguished Lawyer-Legislator Luncheon

The legislature kicked off its short legislative session on January 3. Like the Chinese New Year, it seems every session gets tagged with a headline that directs everyone’s focus. This year, unlike the others, there isn’t one single topic. The legislature doesn’t tackle the budget in the short session and was originally set-up to address emergencies created from the previous long session.

Now, don’t get me wrong, our part-time legislature has plenty on their plates this year to take Indiana to the “next level.” Governor Holcomb put out his Next Level agenda in November and spelled out his plans and expectations in his State of the State in the second week of session. In his address, he emphasized Indiana’s need to develop a skilled workforce, decrease the infant mortality rate, and attack the opioid epidemic.

Not to be forgotten, Chief Justice Loretta Rush also delivered her State of the Judiciary to the legislature in the second week. The address, entitled, “A Hope-Filled Future,” concentrated on the extensive reorganization of the judicial branch’s administrative structure, expanding court technology, increasing the amount of training for judicial officers, and addressing the opioid crisis.

While the bill filing deadlines have come and gone, the bill lists are still being released and assigned to committee, as of the middle of the third week. Bills must be voted out of committee by January 30 in the House and by February 1 in Senate.

The bad news is that in the short session, the legislature moves at lightning speed. The good news is all will be said and done no later than March 14.

If you are even a little bit curious about a specific bill or the legislative process, please join us for the Lawyer-Legislator Luncheon. It's worth noting that three out of the four caucus leaders are lawyers. In my biased opinion, it is the best legislative CLE around! Date, time and location of the luncheon is currently TBD, but keep an eye on indybar.org/lawyerleg for updates. I hope you'll join us!